Why to visit Rhodes?

Which is the coolest party? 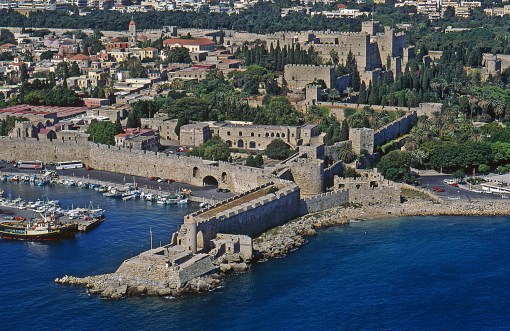 As you enter one of the largest medieval towns in Europe through the Gate of Freedom, it soon becomes obvious that the Old Town of Rhodes is a mosaic of different cultures and civilizations; rarely does a visitor have the chance to stroll within medieval walls and explore twenty-four centuries of history. Like europa casino south africa The fascinating medieval fortress-like buildings, the bastions, walls, gates, narrow alleys, minarets, old houses, fountains, tranquil and busy squares make it feel like you have stepped back into medieval times. The Palace of the Grand Master is certainly the highlight of the Old Town. The Palace, originally a Byzantine fortress built at the end of the 7th century A.D., was converted in the early 14th century by the Knights of the Order of Saint John into the residence of the Grand Master of the order and the administrative headquarters of their state; now it has been turned into a museum.

The cobblestoned Street of the Knights, one of the best preserved medieval streets in Europe, is packed with medieval inns that used to play host to the soldiers of the Order of the Knights. At the end of the Street, in the Museum Square, stands the Hospital of the Knights, which houses the Archaeological Museum. Across the square is the Church of Our Lady of the Castle, the Orthodox Cathedral of Rhodes in Byzantine times that became the Catholic Cathedral when the Knights occupied the city. Now it hosts the Byzantine Museum. Polidorou Street leads to a square with outdoor cafés and restaurants. Moving on, you enter Sokratous Street – always buzzing with life thanks to its cluster of cafés and shops – which leads down from the Mosque of Suleiman the Magnificent towards the harbour. If you decide to take a detour and head off for Arionos Square, don’t forget to stroll around the “Turkish district”, where you will find the Mustafa Pasha Mosque and the 16th century “Yeni Hammam” (Turkish Baths).

Book NOW a daily sea cruise with our traditional Greek boat and enjoy a day at sea!

Webroot Review: A great Anti-Spyware Method That Can Maintain your PC Safeguarded